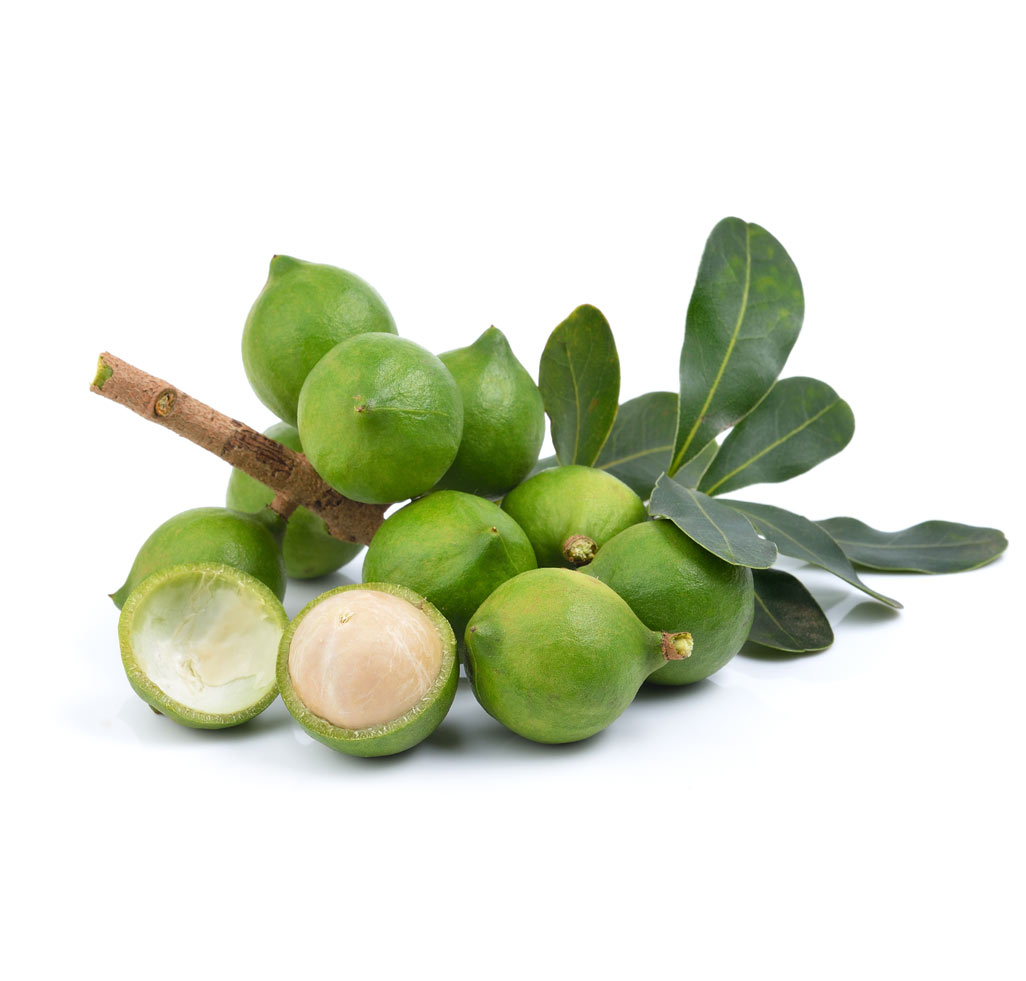 Benefits of Kelpak on Macadamias 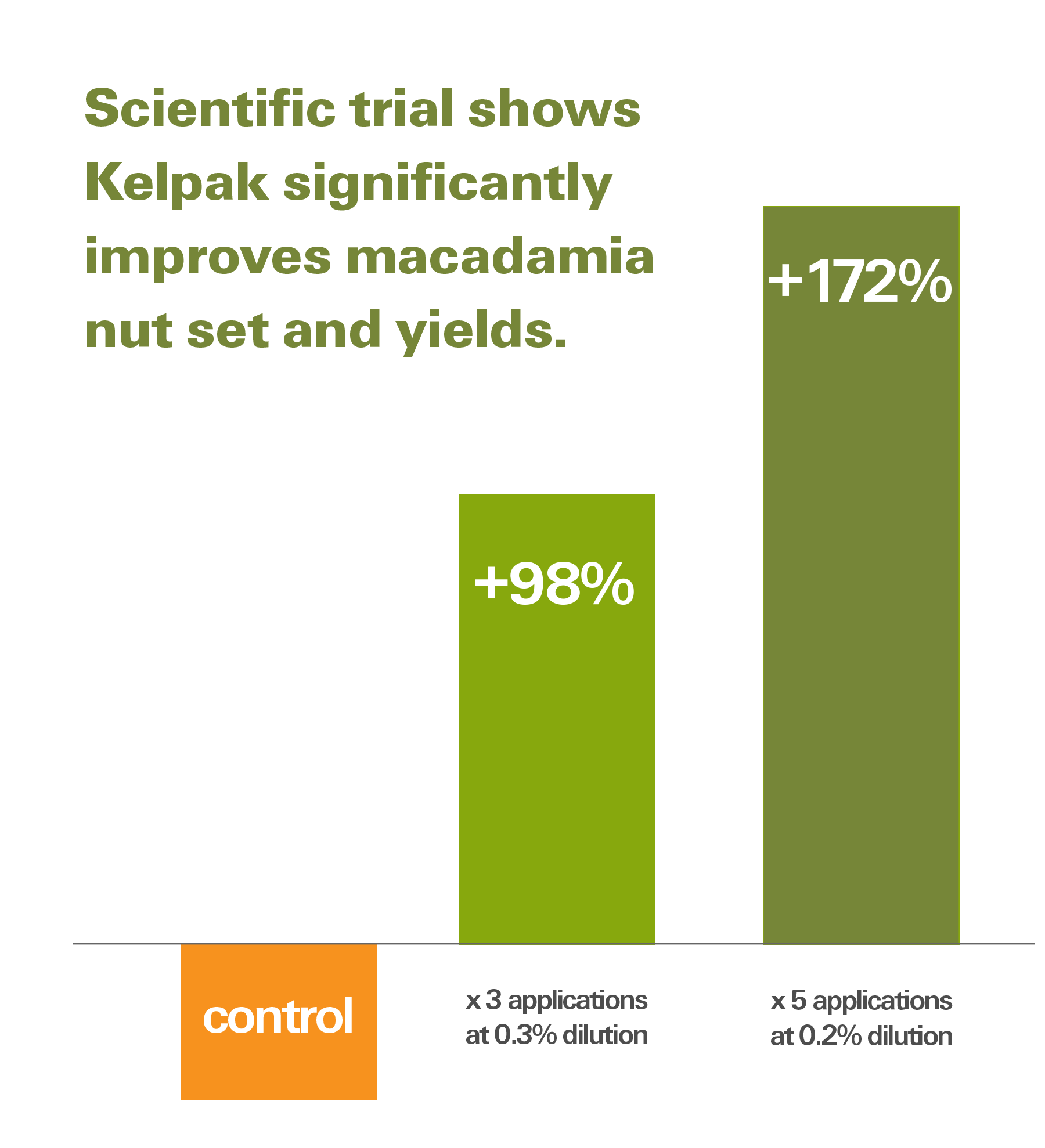 A recent independent trial conducted using Kelpak on 20 year old Pahala Macadamias in South Africa revealed some interesting results. Starting applications at 20% flowering, 159 trees were randomly selected and treated either 3 times at a 0.3% dilution or 5 times at a 0.2% dilution.

What was of further interest; it was an off-season for this area and the trial orchard had a lower yield when compared to the local average of 1.8t/ha. Although the orchard was a poor performer, with Kelpak applied 3 times at 0.3% the yield improved 96% above the control. Spraying Kelpak 5 times at a 0.2% dilution resulted in a massive 172% yield increase.

These results highlight the potential of Kelpak as a tool to improve alternate bearing. The ability of Kelpak to improve yield in a poor year is not only evident in macadamias but has been observed in other crops like pecan nuts, wall nuts, avocados and cherries to mention a few.

Established orchards: Apply a 0.2% Kelpak solution (200 ml Kelpak per 100 L water) 5 times as a full coverage foliar spray, starting at the beginning of bloom, and repeated 4 times at monthly intervals.

New orchards: Apply a 0.5% Kelpak solution (500 ml Kelpak per 100 L water) as a soil drench around the plant directly after transplant. A volume of 0.5 to 1 L of the mix per plant can be applied. Another option is to soak the nursery bag with the solution before planting.

Dilution: Kelpak should never be dilute more than 1:500 (0.2%); the pH of the final spray mix should not be higher than 7, and sufficiently buffered to remain below 7 until application has been completed. The use of a surfactant is recommended when applying Kelpak. 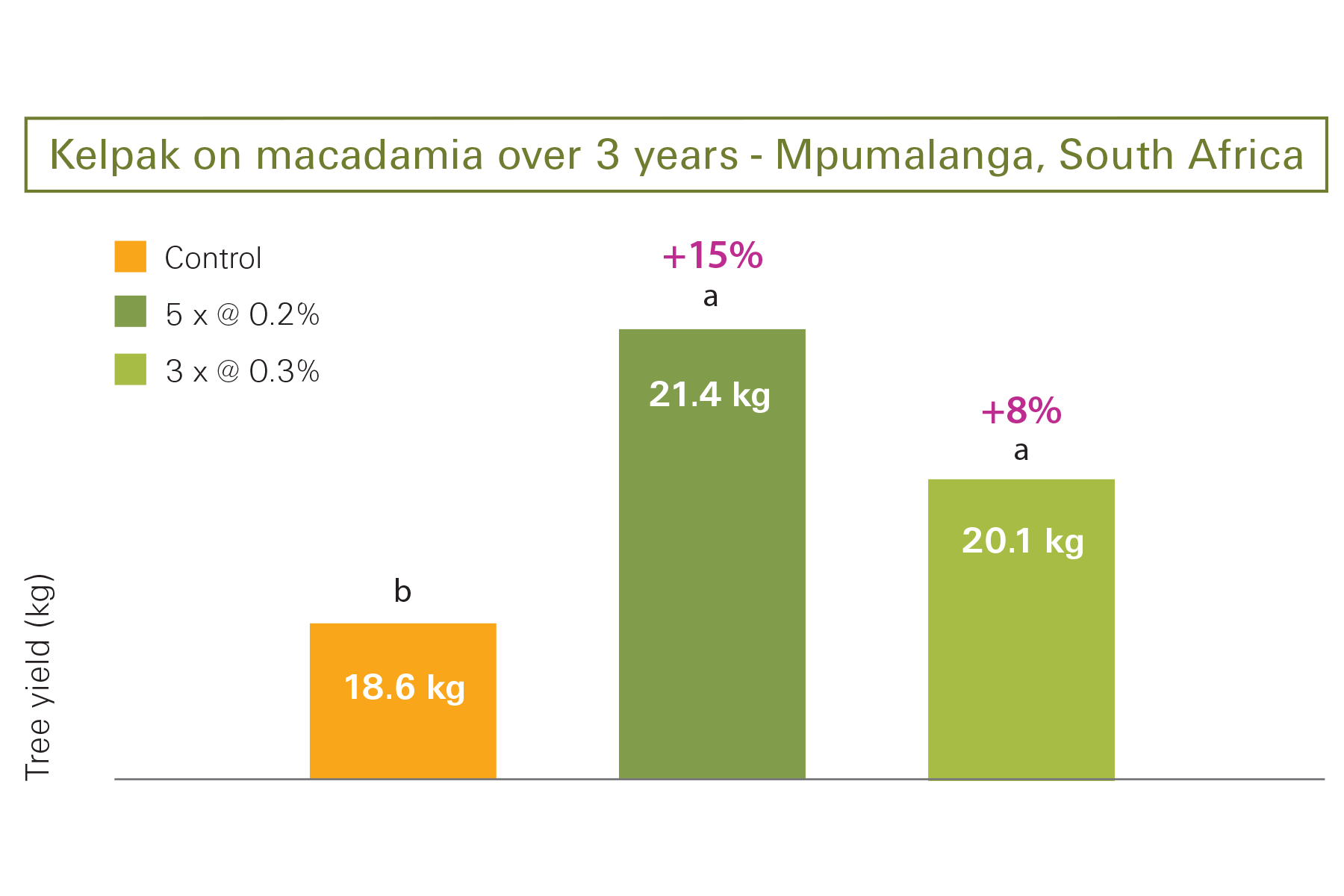